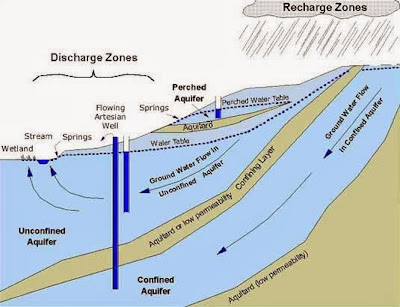 Officials from the few rural counties where voters opposed a $2 billion water spending measure that was overwhelmingly approved are wary of big-city thirsts sucking them dry.

The Dallas Morning News reported Saturday that the 20 rural counties which voted down the measure — about 8 percent of all Texas counties — are uniquely able to produce water. Those county leaders now fear their needs will be sacrificed to maintain economic and population growth in Texas.

The water measure borrows from the state’s Rainy Day Fund to jump-start new pipeline and conservation projects. It passed by a 3-to-1 margin and was among the biggest and most ambitious plans passed by the Legislature this spring.

With Twin Buttes Reservoir and O.C. Fisher Lake nearly dry, San Angelo is in the race for new water sources (in addition to the just finished Hickory Aquifer pipeline).

Greg Flores, the vice president of public affairs for the San Antonio Water System, said the system has tapped area aquifers for water.

Flores said the state’s population will roughly double in 50 years, with most of that growth in urban areas. The state has to plan and make water available for urban growth to prosper.

Flores said Texas’ surface water — the water in lakes and rivers — is all already allocated and permitted for all practical purposes.  “So the state is going to have to look to groundwater to meet those future demands,” he said.


How many straws can be stuck in the Earth for groundwater?  Surely, that will impact spring and stream flow.


In Bastrop County, which was among the counties that voted no, county Judge Paul Pape says residents have concerns about the exploitation of their underlying aquifer.

“We are not happy about making it easier or cheaper for water marketers or profiteers to pump and pipe our water away from here,” Pape said. “Someday in the future, we are going to need that water.”


And it won't be there.   Texas is now wide open for the greed and leverage boys and their billions in infrastructure money.  Private equity underwriters (PEU's) already own public water systems in California and Montana.  Come on down boys, the debt's cheap and the franchise solid.  Texas is now PEU country, water-wise.
Posted by PEU Report/State of the Division at 10:43 AM No comments: