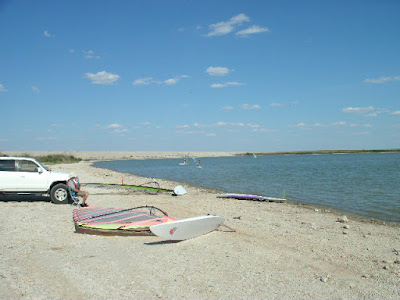 The Standard Times recently published their annual San Angelo Living 2017 newspaper insert.  It had this to say about Twin Buttes Reservoir:

The City Park at Twin Buttes is located five miles west of San Angelo off of U.S. Highway 67.  Both primitive and RV camping sites with electrical hook-ups, water and chemical toilets, and boat launches.  Primarily large mouth and white bass are found in the lake.

The City needs to offer a correction:  Only primitive camping is available at Twin Buttes, as there are no restrooms or electrical hookups.  They've been gone for decades.

How many people received the insert?  One website said the Sunday paper goes to 31,222 readers.  How many readers have RVs?

Texas Parks and Wildlife has a Twin Buttes Reservoir page.  It steers the public to camp at San Angelo State Park at Lake O. C. Fisher.

It will be interesting to see how citizens act at Twin Buttes over the July 4th holiday.  The City has been all over the place on fireworks at Twin Buttes.  It used to be the annual trashing of Twin Buttes, but recent efforts reduced or eliminated fireworks use.  That's the plan for 2017, low or no fireworks.

I hope to be on the water, windsurfing or standup paddling.  Stay safe and have fun this July 4th.
Posted by PEU Report/State of the Division at 9:02 PM No comments: 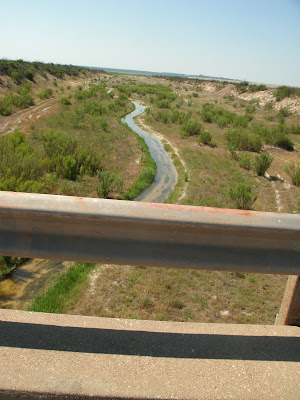 I went to the South Pool for the first time in months to check out the Equalization channel and the condition of the dirt road, which can be in bad shape after a few rains.  On the way in I pulled over to let a truck pass and it was Lt. Jason Huebner with Texas Parks and Wildlife.  He said they just bladed the South Pool road and it's in good shape.

Jason shared they just had a volunteer cleanup day for both the South and North Pools.   The picture below is from the dumpster at the South Pool: 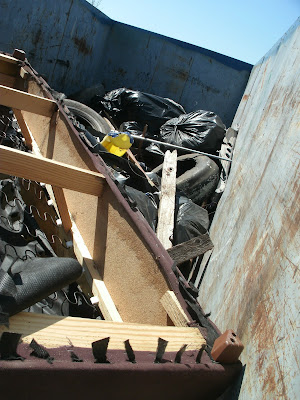 It was comprised of volunteers from Twin Buttes user groups and Goodfellow Air Force Base.  The crew did a great job of gathering dumped trash.  Here's what they gathered at the North Pool: 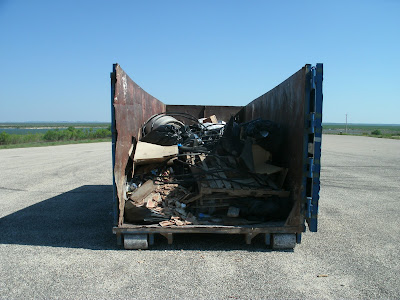 The next big event is July 4th weekend.  Jason said fireworks won't be allowed this year at Twin Buttes.  We talked about the recent moves by the city to eliminate or reduce fireworks use and the corresponding trash.  Two years ago a SAPD officer parked at the Highway 67 entrance to Twin Buttes North Pool.  Whatever they paid him it was worth it.  Jason said TPWD planned to bring in extra officers for July 4th.

Lt. Huebner has a vision, enthusiasm and energy.  I see improvements and congratulate him and his team.  I did share several things about the South Pool.  Last summer it was full of pond weed.  I'd never seen that much in my years windsurfing there.  Also, to the left of the pipe rail that goes into the water there are three huge submerged rocks that cannot be seen.  The boulders are a safety hazard to boaters and swimmers.  The city put those in years ago when the water went down and pumps were a constant feature.  What made sense to the city then is now a safety hazard to South Pool users.

After my visit with Jason I loaded up my windsurfing gear and went to the North Pool.  I rigged a 6.6 sail and my Mistral Equipe course board.  I needed its daggerboard  to get upwind through a launch narrowed by brush.  Once out on the water the volume helped in the lulls and it was easier to get and stay upwind.  If the launch had been simpler I could have used my F2 130 liter shortboard.  Anyway, it was great to be out on the water powered by God's breath.  There's nothing like it.
Posted by PEU Report/State of the Division at 9:55 AM No comments: 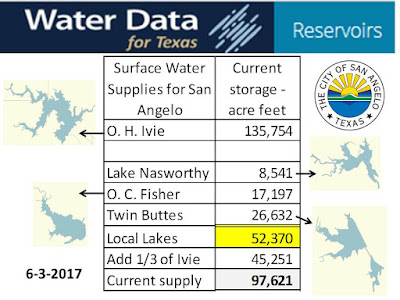 The Water Advisory Board did not get an update on San Angelo's above ground water supplies in their last meeting.  The Board did not seem concerned about not getting an update from Water Chief Bill Riley.  They did take umbrage with not being notified of the $43 million Ford Ranch deal and having to learn about it in the newspaper.

This harkens back to the days of Water Czar Will Wilde when the Water Board was a rubber stamp.  The Water Board should know they are not alone.  City staff bypassed the Animal Shelter Advisory Committee on ordinance revisions for mandatory micro-chipping and which city staff can issue Animal Control citations.

San Angelo's water bills continue to become more expensive but it's not due to drought level markups.  I am grateful for the water sent our way and pray for more.

Note:  This data is from 6-3-17, the day before thunderstorms blew through San Angelo.
Posted by PEU Report/State of the Division at 7:16 PM No comments: 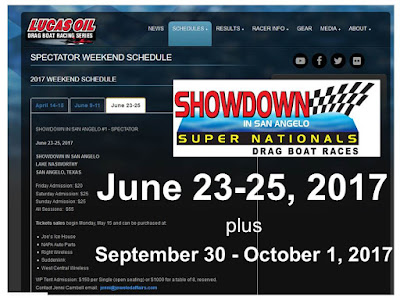 Lucas Oil's first boat race of the year at Lake Nasworthy is three weeks away.  I imagine the city will let water out of Twin Buttes Reservoir to raise Nasworthy's water levels for the race.  This is the first year Lucas Oil is exclusively promoting the event.  It's been a big regional draw the last few years. I wish everyone a safe and enjoyable event.
Posted by PEU Report/State of the Division at 6:08 PM No comments: 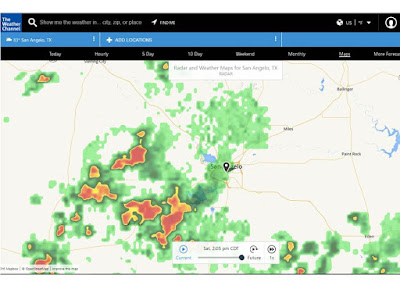 Twin Buttes Reservoir declined slightly the last week.  There is potential for runoff today with area thunderstorms.  Pray for rain for crops, yards and area lakes.
Posted by PEU Report/State of the Division at 12:27 PM No comments: