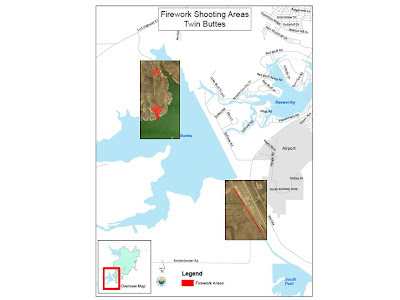 The trashing of Twin Buttes Reservoir ramps up around July 4th.  With hot,dry conditions and the North Pool plummeting toward record lows, it would be ironic if our dwindling water supplies were needed to put out a fireworks ignited brush fire.  But that is possible given fireworks are allowed outside city limits.  Tom Green County has a burn ban, but no fireworks ban.

City leaders are aware of the danger and designated two areas for fireworks use.

The designated areas are Twin Buttes Marina Park Road off of U.S. Highway 67 and both sides of the Equalization Channel at the north side of the South Pool and the south side of the North Pool. City officials are urging residents to put their trash in the dumpsters that will be set up in designated areas. Littering is subject to fines. The City manages Twin Buttes, which is owned by the federal Bureau of
Reclamation.

How successful will the city be in encouraging behavior change?  My hope is very.
Posted by PEU Report/State of the Division at 7:31 PM 1 comment: 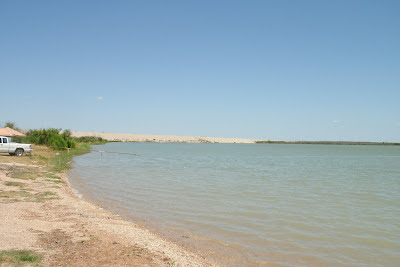 San Angelo City Council will consider asking Gajeske Inc., the winning bidder, to start pumping water from the South Pool of Twin Buttes into the North Pool.  The picture above and below were taken at the South Pool today. 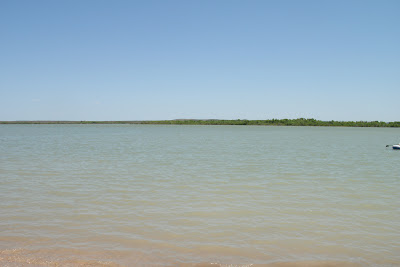 Water continues flowing through the Equalization Channel, as can be seen below: 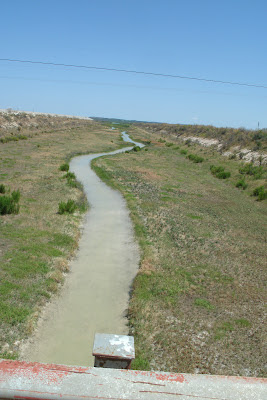 Two months after pumping commences, without any runoff, the South Pool may be a mere puddle.  Pray for rain.

Update 6-19-12:  City Council approved emptying the South Pool with pumping starting August 1.  With no rain the South Pool should be gone by October 1.
Posted by PEU Report/State of the Division at 2:17 PM No comments: 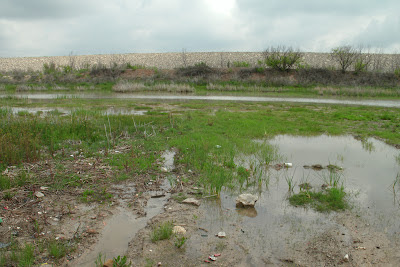 Consideration of authorizing the notice to proceed to Gajeske, Inc. (RFP WU-02-12, Lake Pumping System) for the pumping of water from the South Pool of Twin Buttes Reservoir to the North Pool

The pumps and equipment Gajeske specified can drain the South Pool's 4,600 acre feet in 60 days. 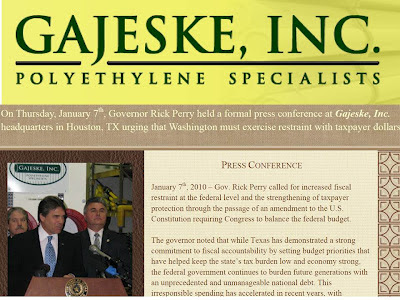 
Gajeske. The system consists of three 5,667 gpm pumps powered by
275 hp diesel engines. The suction and discharge piping is 18” and each pump has independent piping. The fuel consumption for each engine is estimated to be 5 gph. The system has the lowest overall estimated cost for two months of operation at $270,154.

This item was in the April 3rd consent agenda.  Councilman Paul Alexander stated the South Pool would refill rapidly under medium rains.  Five months of above average rainfall failed to materially impact Twin Buttes lake levels.  That includes both the North and South Pools.

Rumor has the city wanting to cut off access to the South Pool.  That was City Manager Tom Adams' vision, spoken to me directly.  I've not heard that from existing leadership, so the rumor should be viewed as just that.

Pumping the South Pool dry is not a rumor.
Posted by PEU Report/State of the Division at 10:20 PM No comments: