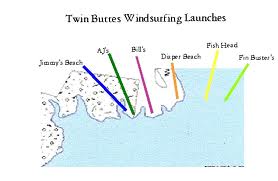 Lauren Shrum from Texas Outdoors Consulting ably facilitated the session.  Everyone had a chance to contribute their ideas to a master list, which the group later prioritized.  Some of the ideas were in direct contrast to one another.  Examples include:


The group didn't eliminate conflicting ideas, but everyone got to vote their priorities.

I used my eight votes on:

The Visioning Workshop regarded "the future of the Twin Buttes Recreation Area as part of the master planning process." It remains to be seen if this is a ground up effort or top down directive, like the recent installation of pipe railing.  Never the less, I'm grateful to Carl White, Anthony Wilson and Lauren Shrum for the chance to be heard. Many thanks to Alvin, Joan and Kristin for adding their voice on behalf of windsurfers.  The meeting was worth the time.

Update 2-24-12:  Bill Cullins authored a piece in the Standard Times on this issue.  It's worth the read.
Posted by PEU Report/State of the Division at 9:41 PM No comments: 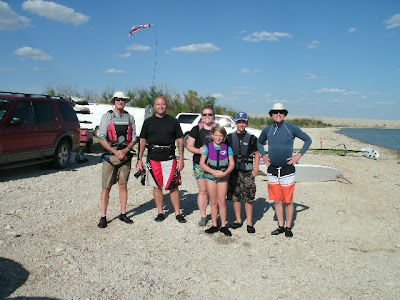 The City of San Angelo will hold a visioning workshop for Twin Buttes Reservoir in the near future.  The event is invitation only and will be facilitated by Texas Outdoor Consulting.  City leaders identified stakeholders to represent specific interest groups.  I've been designated the contact person for the windsurfing community and asked to bring four windsurfers to the session.

I made a few calls, sent some e-mails.  Alvin said he could go.  I hope to hear from Medwin, Bill L. and Bill C.

P.S.  The South Pool was up when I sailed in early January.  I'd guess it was at least a foot to foot and a half higher.  The water was a chilly 52-54 degreees.
Posted by PEU Report/State of the Division at 9:09 PM 2 comments: