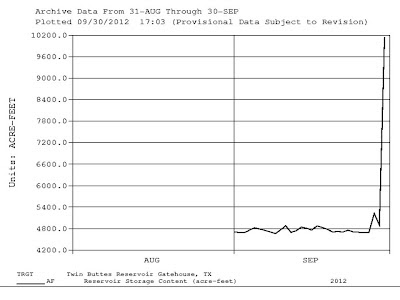 The North Pool at Twin Buttes doubled in storage overnight.  It now holds more water than the combined pools held two months ago.  It's unclear how much runoff flowed into the South Pool or how it will impact the city's pumping plans.  I look forward to finding out.
Posted by PEU Report/State of the Division at 9:33 PM No comments: 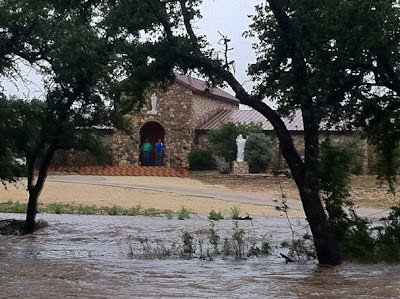 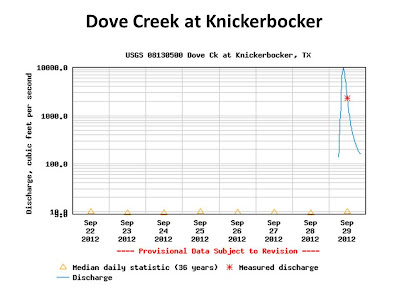 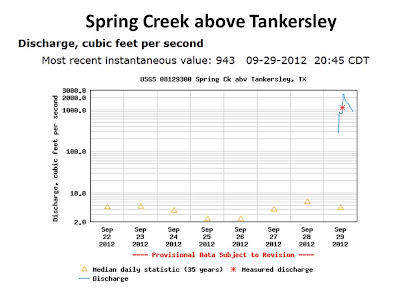 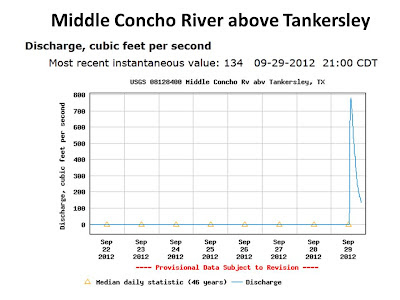 Feeding the South Pool at Twin Buttes is the South Concho River: 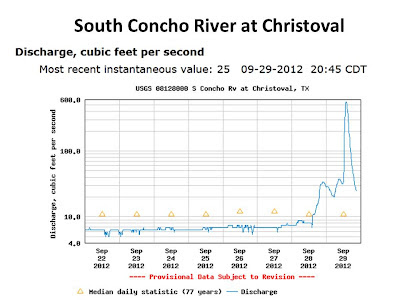 The North Concho has a flood advisory and it feeds O.C. Fisher Lake: 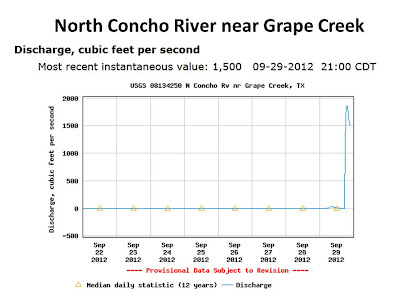 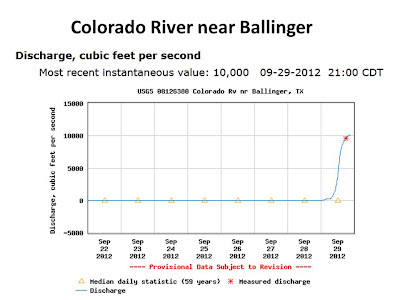 If the peak water flows pictured above were aggregated in one river, West Texas would've experienced water flow at half of Niagara Falls (the night time version when water is diverted for power generation).  It's a nice image for parched people at the edge of the desert.  Such a blessing...
Posted by PEU Report/State of the Division at 8:03 PM No comments: 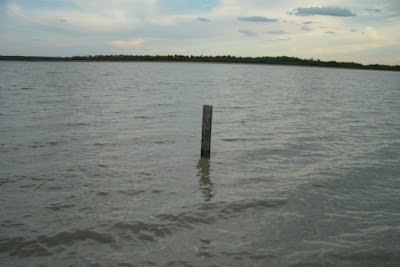 San Angelo received nearly 6 inches of rain since Thursday evening.  That would seem to be greater than a "medium rain", the kind that should refill Twin Buttes' South Pool overnight, at least in the eyes of City Councilman Paul Alexander.

The North Pool took on roughly 500 acre feet of water, according to the Bureau of Reclamation website. 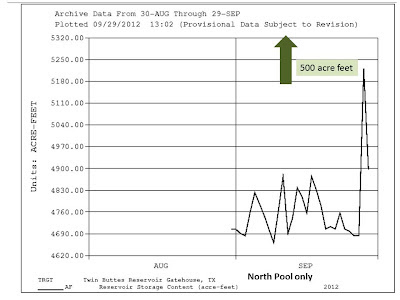 The city let half of that through to Lake Nasworthy.  This is not the total picture as runoff can take days to reach the reservoir.  However, the base level is bleak. 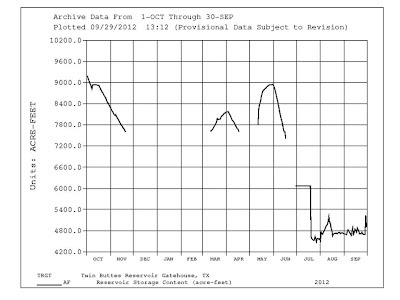 The South Pool's statistics are not included in the Bureau's numbers.  Adding to the South Pool's enigma status, the City cut off access weeks ago.  Apparently, a few West Texas knuckleheads vandalized the pumps.  They cost me access last Wednesday, a ninety degree day with 20-30 mph southerly winds.  I had a fair amount of fun windsurfing at flukey Lake Nasworthy, but I'd have more at the South Pool. 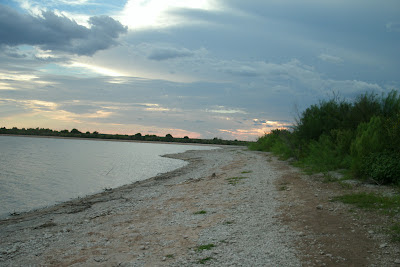 Despite several calls into the Water Department, I haven't heard back as to when the pumping operation will stop and citizens have access again.  More than medium rain, overnight.... I hope Paul Alexander is right.

The National Weather Service issued a flood advisory for the North Concho River which flows into O.C. Fisher Lake.  " THE NORTH CONCHO RIVER HAD RISEN TO 8.7 FEET. THIS RIVER IS EXPECTED TO RISE TO 10.4 FEET BY THIS EVENING."

Posted by PEU Report/State of the Division at 12:38 PM No comments: 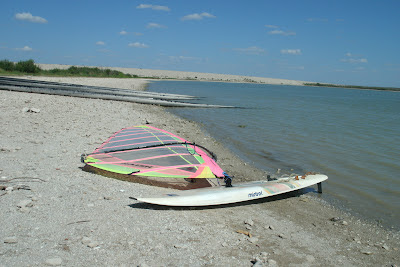 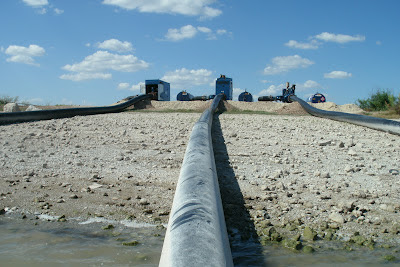 The rock below was in water when the City began draining the South Pool. 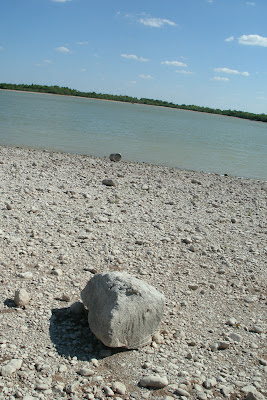 Posted by PEU Report/State of the Division at 10:31 PM No comments: