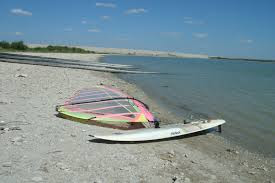 I reached out to a representative with the federal agency that owns Twin Buttes Reservoir and the surrounding land.  The Texas Water Development Board website states the following about Twin Buttes:

My question and their response are below:

Q: I would appreciate any information the Bureau of Reclamation can share with me as to how the decision came about to close Twin Buttes over July 4th weekend. Last I knew the Bureau wanted the City to do more at Twin Buttes Reservoir. Closure for a holiday weekend is clearly doing less.

I am using Twin Buttes more as both a windsurfer and paddleboarder. I am grateful for the rising water levels and planned to be on the water this weekend. Twin Buttes is by far the best lake in San Angelo for these two sports. Lake Nasworthy is lethal for non-motored craft, as you may have noticed in the news. I hope to learn more about how this bad decsion was made and why it was so poorly communicated.  I have written my City Councilperson regarding this decision.

A:  The Bureau of Reclamation (Reclamation) has entered into an agreement with the City of San Angelo where they are fully responsible for all the operations and maintenance (O&M) of the facility and reservoir.

Reclamation does not direct day to day O&M issues and concerns. Closing the reservoir is a City decision and since this is a management or operation decision to control illegal activity, the City is within their right to do so. The correct approach as you stated is for you to contact your councilperson or city staff.

I've done both and will include their responses/nonresponses in the next post.  It's not clear if entering Twin Buttes over the weekend will be illegal activity in and of itself.
Posted by PEU Report/State of the Division at 9:48 PM No comments: 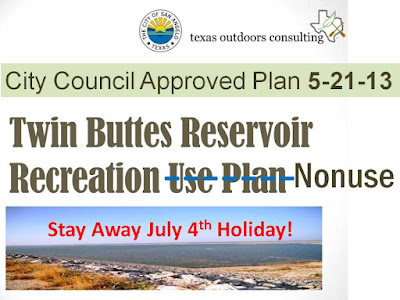 The City of San Angelo informed the public that Twin Buttes Reservoir will be closed July 4th weekend, citing last year's problems with fireworks trash.  The public got less than a week's notice that they will be unable to enjoy one of San Angelo's three lakes.

Manages, with partners, 289 recreation sites that have 90 million visits annually.


There will be no visits this weekend.   It's unclear if City Council played a role in this major policy change.  Council did approve a Master Recreation Plan for Twin Buttes in 2013.  The city solicited public input into the plan, something not sought in the July 4th shutdown. 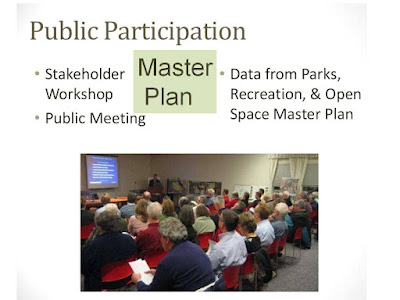 The plan recommended a number of items that could've reduced the trash concern, if implemented: 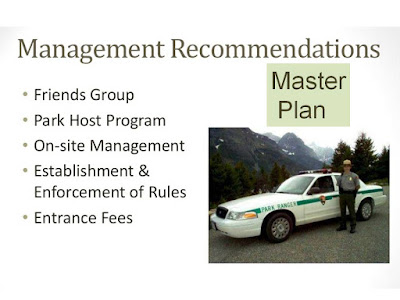 It also encouraged the city to plan and conduct special events, the opposite of complete park closure: 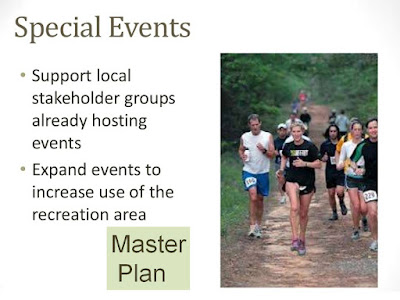 For July 4th weekend 2015 the city will decrease use of the recreation area to zero.  Because the city can't manage its annual trash problem responsible citizens will be shut out.  It's the latest poorly planned, poorly executed and poorly communicated decision by city staff.


CC 5-21-13 twin buttes recreation use plan from City of San Angelo Texas
Posted by PEU Report/State of the Division at 9:26 PM No comments: 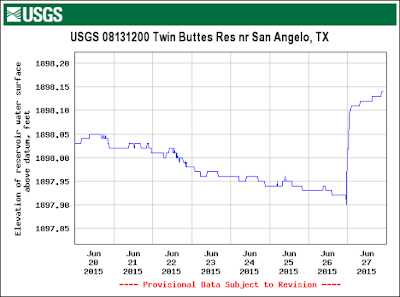 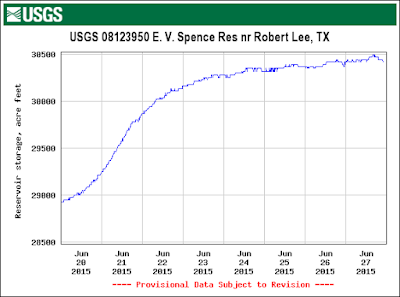 Lake Spence added 1,500 acre feet.  It holds roughly 8,000 more acre feet than Twin Buttes' combined pools.  The difference is also the volume the city stands to regain through reclaiming waste water.
Posted by PEU Report/State of the Division at 9:28 PM No comments: 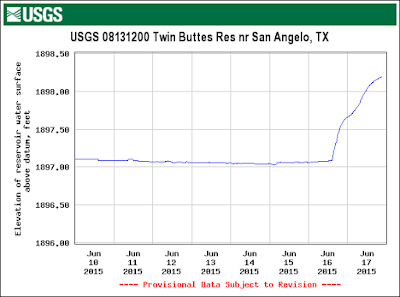 Another blessing for Twin Buttes Reservoir.  I paddle boarded and windsurfed the North Pool on Sunday.  There's a fair amount of flood debris ringing the shoreline but the main body seemed obstruction free.  At this level we should be pump free for awhile.
Posted by PEU Report/State of the Division at 7:55 PM No comments: 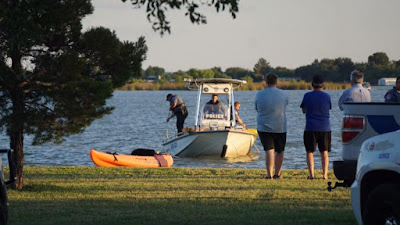 Yesterday evening a man driving a jet ski struck two kayakers in front of Angelo State University Lake House.  A 19 year old woman was saved by here life vest while her friend, a 20 year old male remains missing.  Officials are searching the water for his body.

Crews are searching the lake today, a summer weekend day with high water traffic.  This is terrible news for the family of the missing man.  It's tragic, plain and simple.

Lake traffic is the reason I windsurf and paddleboard anywhere but Lake Nasworthy when the water's warm.  The story indicated sun may have been a factor in the accident.  If a boater cannot see they have a duty to back off on speed.

More details will emerge in this profoundly sad situation.  Pray for all impacted by this tragedy and think about the safety of others next time you hit the water.

Update 6-7-15:  The police released more details about the man killed in the boat collision. Manuel C. Rivas, Jr.was an ASU student.
Posted by PEU Report/State of the Division at 12:33 PM No comments: