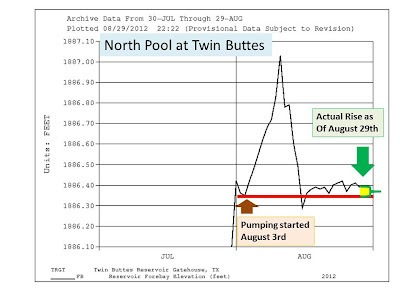 Twin Buttes water to be pooled together


Given the North Pool's lack of rise, vs. the five feet promise, it's more like a pass through.  According to the article the City is pumping 21 million gallons a day from the South Pool.  The city uses 20 million gallons a day, with 12.2 million coming from Ivie Reservoir.

South Pool water raised the North Pool less than a tenth of an inch since pumping began.  Given the two pools relatively equal volume before pumping started, the impact should be much greater. 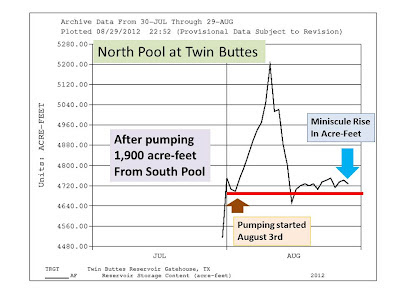 The City drains the South Pool to meet our non-Ivie supplied water needs.  It's neither complicated nor a combination.
Posted by PEU Report/State of the Division at 10:02 PM