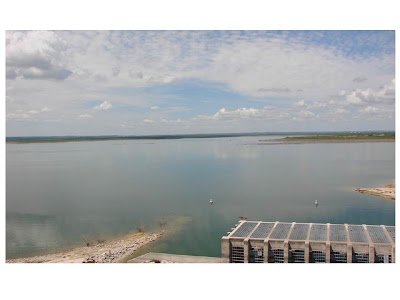 City Councilman Paul Alexander spoke to the Standard Times about moving water from the South Pool to Lake Nasworthy or the North Pool.  He didn't mention whether the 2.5 miles of South Concho River needed to get the water to Nasworthy had water in it. 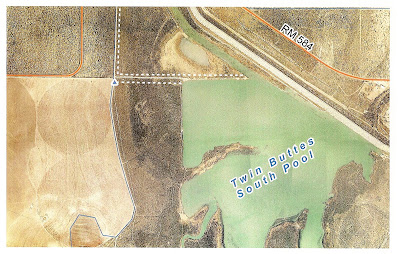 It appears to be empty.  How much water would be lost to thirsty ground? Dry ground can dramatically reduce the amount of water making it to a retention area.

Based on a survey in 1994, about 35.2 acres of wetlands once existed below Twin Buttes Dam along the South Concho River.  Since 1994, reductions in flow from the Twin Buttes spillway, installation of seepage controls, and prolonged drought have eliminated all wetlands below the dam (see Figure 4.) As a result, all known, former wetlands have disappeared.

The South Pool is more like a bowl.  It doesn't have the varied bottom topography the North Pool does.  Did the City model the impact of moving water at current levels?

The boat ramp at the North Pool is high and dry. 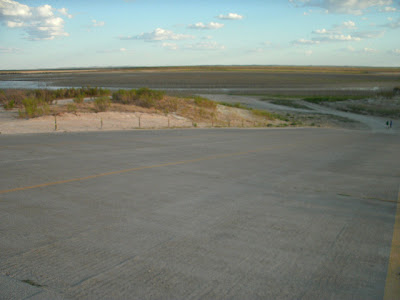 Additional water would would run to the west, north (toward the old Marina) and south toward the equalization channel.  Paul Alexander said the South Pool's 500 acre feet of surface area would be only 100 acre feet in the North Pool.  I find it hard to believe water could leave a bowl, be placed in a cake pan and have less surface area.

The South Pool has something the North Pool doesn't, a regularly running river.  The move is intended to divert this flow away from agricultural uses, as described by the Bureau of Reclamation.

Much of the stored water is used to irrigate 10,000 acres of crop and rangeland (Reclamation 1994).

Brutal heat and no rain have the city doing all it can to utilize water resources.  Consider how bad the year has been relative to average:

Highest temperatures occur in July with an average high of 92.7⁰. The area averages 271 days of sunshine and 21.2 inches of rain per year. Recent rainfall totals are significantly less, as Tom Green County is currently experiencing a long period of drought (City of San Angelo 2009).

Paul Alexander showed his ignorance of Twin Buttes when he suggested putting a boat ramp on the south side of the North Pool.  The area's low grade made it unsuitable for a ramp.  He's likely more on target, but there are holes in his analysis.

If the city does something, I hope they find out what actually happened.  That seems a rarity for this group of leaders.
Posted by PEU Report/State of the Division at 10:01 PM