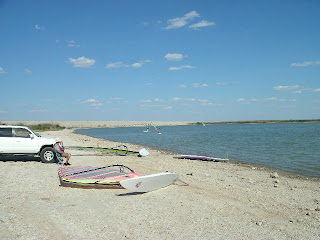 I wish I'd taken more, but I was either trying to remember how to rig or
enjoying time on the water. Medwin and Brandie took a number of pictures, which I trust are of higher quality. 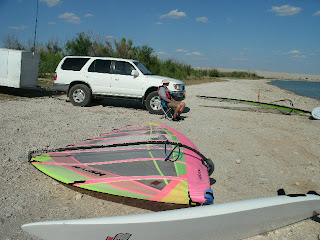 The South Pool is the place for windsurfers and small sailboats, given the South Concho still flows. It's not enough to push water into the Equalization Channel and the North Pool, but it's the reason the South Pool is down 4 feet while the North is down 20 since early 2011. 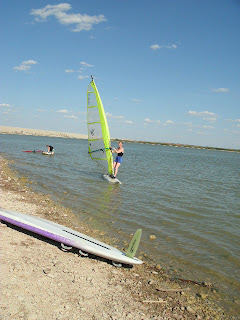 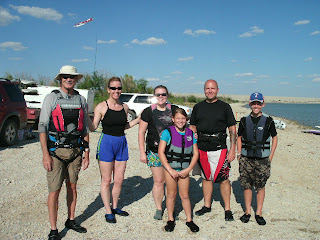 The road turns from asphalt to dirt at the dry EQ boat ramp. The dirt road can be relatively smooth or have major ruts.  As the city is installing pipe railing, the dirt road is in great shape.

Turn left at the next dirt road, don't cross the cattle guard. Drive until the brush opens up to reveal a nice sized body of water. The grade into the water is generally gentle and a South wind blows onshore, ideal conditions for beginning windsurfers. 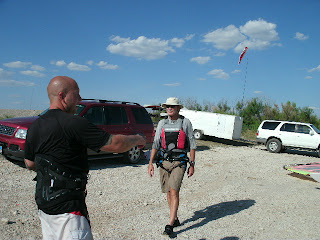 It's fun having many sailors on the water. Hope to see you out soon.
Posted by PEU Report/State of the Division at 12:48 PM