Consideration of selecting Gajeske, Inc. for RFP WU-02-12 Lake Pumping System to transfer water from the South Pool of Twin Buttes Reservoir to the North Pool and authorizing the Interim City Manager or his designee to execute any necessary related documents.

I wrote about the City's RFP for pumping dead pools in late January. The South Pool increased several feet, while the North Pool withered.

This isn't the first time the subject of pumping from the South Pool arose.  Harken back to May 2004:

CONSIDERATION OF MATTERS DISCUSSED IN EXECUTIVE/CLOSED SESSION, SPECIFICALLY TO ADVISE ATTORNEY TIM BROWN OF QUESTIONS RAISED BY TCEQ AND TO BEGIN THE PREPARATION OF A RESPONSE

Council discussed whether to apprise Attorney Tim Brown of questions raised by the TCEQ regarding the City's rights to pump water from the south pool over Twin Buttes Dam and to divert water by City property leaseholders along the South Concho River.

Motion, to advise Attorney Tim Brown of questions raised by TCEQ and request that he begin the preparation of a response, was made by Councilmember Rainey and seconded by Mayor Lown. Motion carried unanimously.

DISCUSSION AND CONSIDERATION OF PUMPING WATER FROM THE SOUTH POOL OF THE TWIN BUTTES RESERVOIR
City Manager Harold Dominguez and Water Utilities Director Will Wilde presented background information.  A copy of the lake level chart document is part of the permanent supplement file.  Discussion was held on the creating a plan to pump the water in the future from the pools and explore recreational uses for the area.

Note the South Concho River, which feeds the South Pool, has the most consistent flow of any river in the Concho Valley.  What recreational uses did Council have in mind for the South Pool?

Will the City of San Angelo deplete our most drought resistant windsurfing lake and turn it into a mudders' paradise?  Time will tell.

One thing's for sure, access will be limited, per Council actions in January 2012: 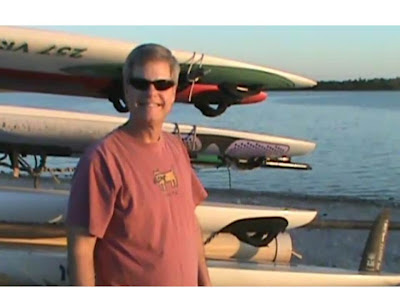 User fees, this is starting to feel like a setup.  Will I be charged per board, maybe per sail?
Posted by PEU Report/State of the Division at 10:52 PM