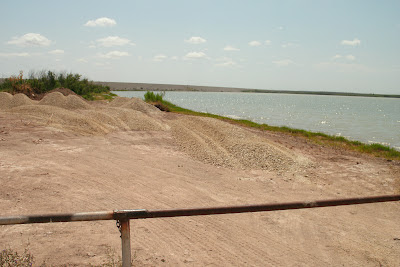 The City of San Angelo will begin emptying the South Pool at Twin Buttes on August 1.  The picture above shows where the city will house pumps, at least that's my assumption.  It differs from a prior plan shown to Council: 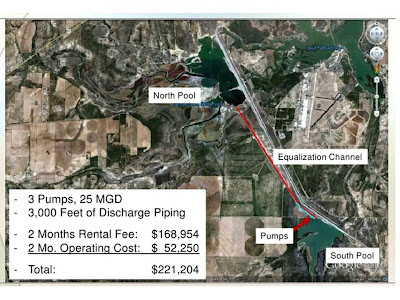 I can see why the city didn't want to build a road base to the location indicated above.  It appears they will pipe the water to the area around the Equalization Channel's boat ramp.

I took pictures the morning of July 4th, when I windsurfed the South Pool and got some great rides on a 6.6 sail and 130 liter shortboard.  The pump location next to the public area raised concerns about access to the South Pool after August 1, so I e-mailed Carl White. Parks Director for the City.  Carl got back to me quickly, which I appreciate:

The (South) pool will be open during the day even after the pumping starts, which will be 1 August. The public will have access to the South Pool during the day. The pool will be closed during the evenings. I got the understanding that the pool would be closed by the contractor after their work was complete for the day around 5-6 pm.


That cuts out weekday windsurfing after work, but at least I can get weekend access. 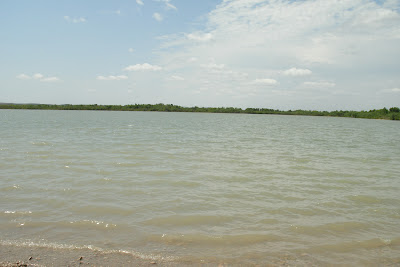 I'll take pictures to show the progress.
Posted by PEU Report/State of the Division at 12:26 PM