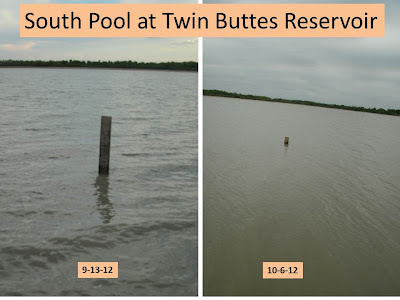 The City has been pumping water from Twin Buttes’ south pool to its north pool. Those pumps have been shut down to save on expense until the City Council decides Friday whether to continue the pumping operation.

Water Utilities Director Will Wilde said consolidating the water in the north pool would reduce the amount lost to evaporation and would make it available for release into Nasworthy and downstream into the water treatment plant.

I toured the South Pool today to find Gajeske's pumps roaring.  Council likely decided to keep pumping.  The initial bid came in at a cost of nearly $135,000 a month.

Will Wilde's evaporation savings come into play during our hot dry summers.  There's little evaporation to be saved for the next eight months.  The North Pool's increase from recent rains equals half of San Angelo's annual usage, so there's no urgency on moving water from a "dead pool."  It takes two months or less to pump the South Pool dry, given no runoff.

An urgent need to drain the South Pool isn't there, however pumps are in place.  It's similar to "build it and they will come."  Install pumps and they'll be used. 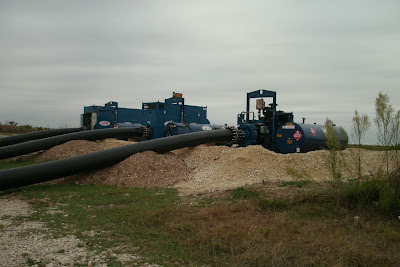 Council never voted in September to pump more than one months worth of South Pool water.  I wonder what motions and discussion occurred on Friday, October 5th.  It should be on film.

Below is the reason I no longer have access to the South Pool for windsurfing: 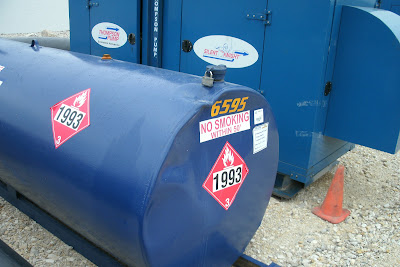 Some knucklehead damaged the diesel tank.  I'd like to think he used his head to dent the steel. 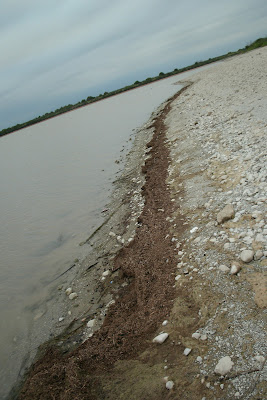 As access is cut off to the South Pool and the City water folks haven't called me back on when it will reopen, I'll need to windsurf the North Pool.  I'm looking forward to the five foot elevation rise Councilman Alexander promised from South Pool pumping.  It'd be nice for one of his predictions to come true.
Posted by PEU Report/State of the Division at 9:12 PM