Why the EQ Won't Flow 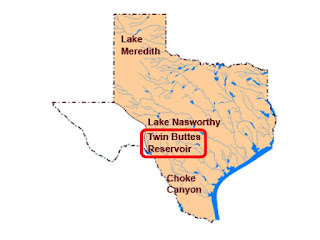 City leaders predicted water would flow through Twin Buttes Equalization Channel in late February/early March.  Yet when I crossed the bridge today there was no water below, not even the expected trickle. 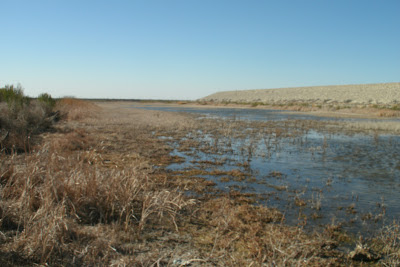 Oddly, there's water going from the South Pool into the EQ, as pictured above and below. 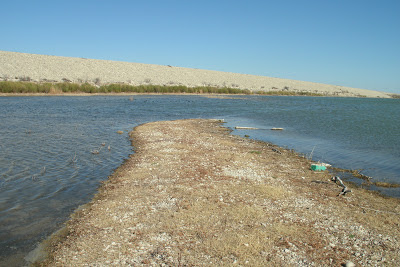 Gravity is supposed to work from this point.  Yet, it didn't.  Was the water still seeping into dry ground?  I hiked the dry channel from the boat ramp to find the culprit, an earthen dam. 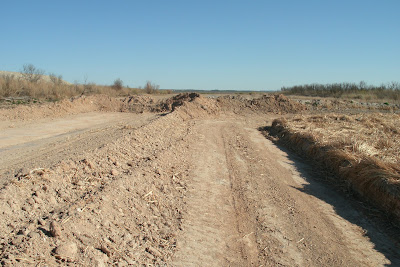 I surmise the left lane will be for natural flow from the South Pool, while the right lane will push pumped water.

Under the current state the EQ won't deliver water from the South Pool to the North until the water rises several feet or the City removes its earthen dam. 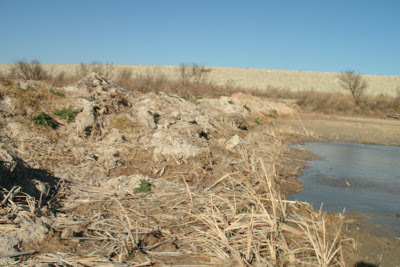 What's the City's plan to remove the obstruction to allow the natural flow of water from the South Pool to the North?  Ricky Dickson would be the man with the answer. 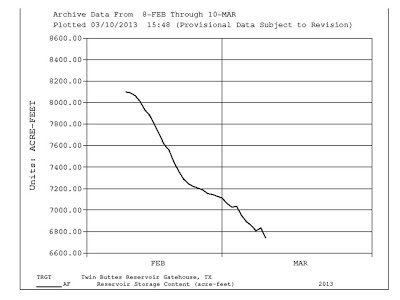 The city's utilization of Twin Butte's North Pool exhausted last fall's massive runoff, The South Pool water needs to flow, naturally while it can.  An earthen dam and miles of dry ground stand in the way.
Posted by PEU Report/State of the Division at 4:49 PM