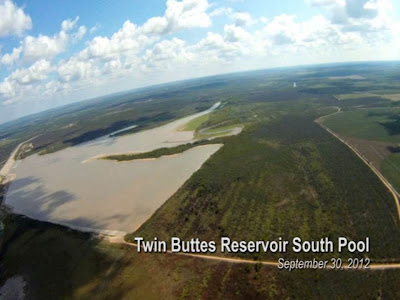 I heard a rumor the City wanted to drain the South Pool in order to let Dog the Bounty Hunter set up off road racing/recreation on the land.  I put that in the "horse hockey" category, knowing the Bureau of Reclamation would need to approve anything the City proposed.  However, the Twin Buttes Recreation Master Plan has the possibility of another local "loud engine" event.

The idea of an off-road “Baja-style” race to be held at Twin Buttes Recreation Area was presented by the San Angelo Dirt Riders, the Lucas Oil Baja organization, and the San Angelo Chamber of Commerce during this master planning process.


LucasOil has the boat races on Lake Nasworthy and off road racing at the City's Industrial Park.  San Angelo's future is bound up in oil, with the nearby Cline Shale formation.  It's also bound up in water, a necessary ingredient for well fracking.

Eagle Ford Shale wells use 3.5 million gallons per well.  The Cline Shale dwarfs the Eagle Ford and thousands of wells are expected.  Eagle Ford water use is 5-7% of water consumption in the region.  Our area is much drier with area lakes at distressed levels seen last summer.

Elected and business leaders see the future of San Angelo as oil.  The future is water.  Given most of the fresh water used in fracking is bound up underground, i.e. taken out of the natural cycle of evaporation, precipitation, ground soak, and runoff, I expect the desertification of West Texas to intensify. 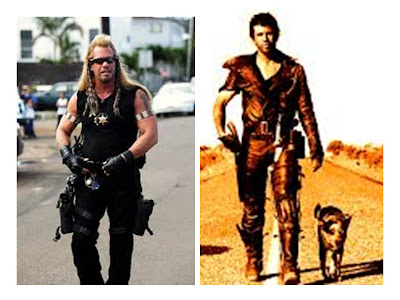 How long before one can't tell the difference between San Angelo and Midland/Odessa?  Who would've thought Australia's post apocalyptic Mad Max to be indicative of San Angelo's future?
Posted by PEU Report/State of the Division at 6:21 PM