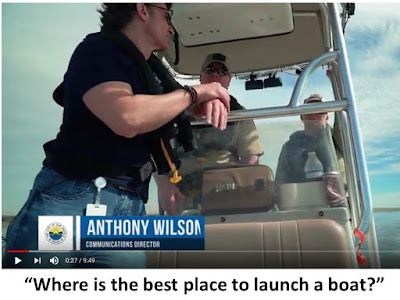 "For decades the City's excuse for poorly maintaining Twin Buttes has been:  "There's no water."  That's changed dramatically.  We'll see if the city does any better now that Twin Buttes holds a huge inventory of untreated water to sell.  I'll check with city officials and post their response."

“When asked about maintaining the public areas at Twin Buttes Reservoir city leaders in the past have used the excuse of low water for failing to provide basic standard of cleanliness/safety for lake users. Now that Twin Buttes holds roughly 120,000 acre feet of water what are the city's plans to provide a positive experience for lake users. In the past Mr. White referred to the city's effort at Twin Buttes as "hand's off" and called the area "a No Man's Land or the Wild West." I request documents regarding the city's plans to maintain Twin Buttes now that there is ample water for citizens for recreation.”

The City of San Angelo provided one document in response to my request, a copy of the contract between the City and Texas Parks and Wildlife. 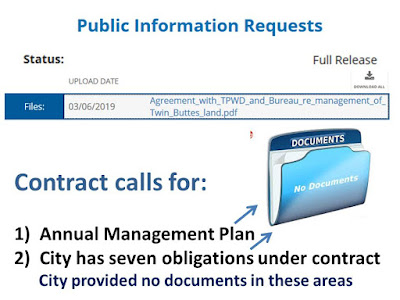 "And do you anticipate this summer, not just only local boaters, but an onslaught of boating and fishing here at this lake from the Permian Basin for instance?"

The officer answered yes, so one might expect the city to make plans to handle this expected onslaught of lake users.   That was not evidenced by the city's response to my Public Information Request. 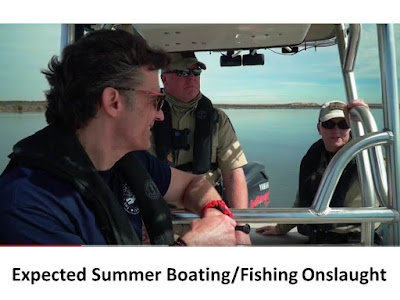 The city is expending money on slick videos about Twin Buttes Reservoir, having produced two in the last week. 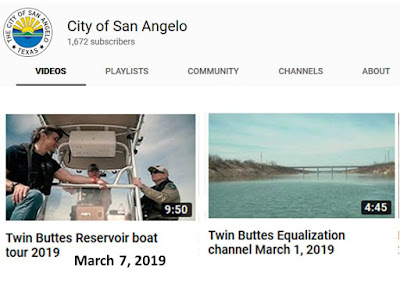 We'll see if that translates into a safe and clean park area on the North Shore of the North Pool, an area the city is obligated to maintain under its arrangement with the Department of Reclamation.

Update 6-8-19:  The Standard Times ran a story on recreating at area lakes.  Only two of the three are mostly full.  O.C. Fisher awaits its turn.