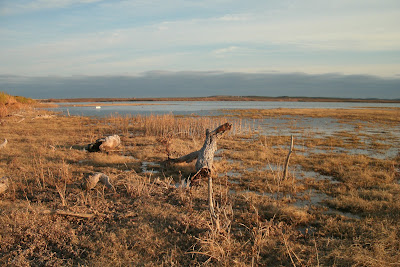 Twin Buttes South Pool refilled to the point it soon will flow into the Equalization Channel.  I stood in the dry part of the EQ to take the pictures seen above and below. 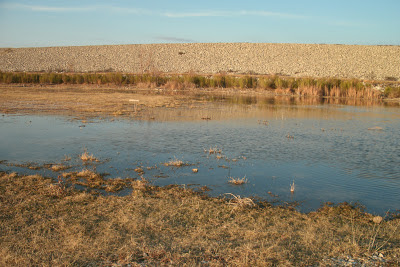 The South Pool is slightly higher than it was last summer when the City started pumping. 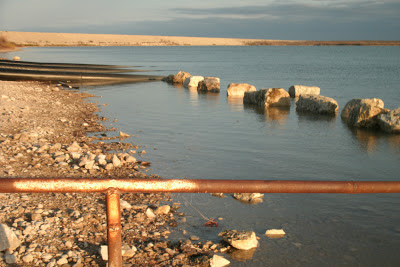 The South Pool supplied much of San Angelo's daily water needs from August into September.  This year pumping appears to be convenience pumping.  Lake Ivie took on a huge amount last year, as did the North Pool.

City Council went light on Interim Water Chief Ricky Dickson when they discussed 2013 South Pool pumping.  Earlier in the meeting Mayor New asked him how many years he'd had with the city.  New didn't ask Ricky if he was an engineer, a requirement in the Water Chief's job description.

Financial Impact:  (Unknown at this time)

Besides not presenting the most basic information on estimated project costs, Ricky was unaware of a study done on the amount of water pumped vs. the amount that physically flowed into the North Pool.  The difference being the amount of water lost to seepage, thirsty vegetation and evaporation.

Hint to Ricky:  If you want the job, familiarize yourself with past City Council presentations on the topic, especially those in the last year.  And show up with something other than your notes on project costs.  Council should demand it.  It's the public's right to know.
Posted by PEU Report/State of the Division at 1:13 PM