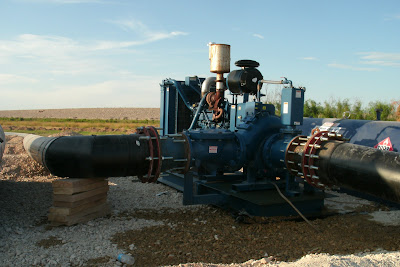 The motion was for water department staff be ready to begin pumping no later than June 15, but authorized to start earlier if circumstances call for it. The motion passed without objection

Dickson also said he was not aware of any of the measurements Alexander was referring to taken last year.

Ricky needed only to look at an August 2012 presentation to City Council on the matter.

San Angelo deserves a qualified, ethical leader for its water department.  Dickson lacks the professional engineer qualification required by the job description.  .His ninety day interim period nears an end.  With no movement toward recruitment or interviewing, even internal candidates, it seems it's Dickson's job to lose.  For someone trying to play the part, I expect Ricky to have done his homework.

Update 2-10-13:  Rumor has it Dickson had business cards printed without the "Interim" title Council found so humorous.  Two items Dickson presented concerned me.  He shared information on the cost of extending South Pool piping another mile.  This is temporary PVC pipe the city rents from Gajeske.  It is not more permanent pipe installed in the ground.  The other related to street surface repairs after the water department repairs a broken pipe.  The city has long used an outside contractor for this service. Managerially, this is a "make or buy" decision.  Given Ricky's former position, he's in a perfect position to show Council the costs for the city to perform this function vs. the City's experience with a private contractor and their current proposal.  He did none of the aforementioned.
Posted by PEU Report/State of the Division at 5:39 PM