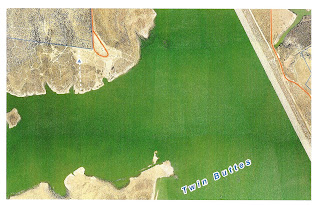 The City Council discussed plans at Twin Buttes.  They verbally supported many of the proposed access changes, but wanted increased access to the south side of the North Pool.  Councilman Alexander assumed a boar ramp existed on that shoreline.  It does not.  City staff indicated their willingness to locate one in the area between the equalization channel and the dam. The shoreline has a slow grade, unsuitable for a boat ramp with any range.

Mayor New and Councilman Adams expressed concern that citizens needed someplace to set off fireworks.  Twin Buttes has long been the place where people go to do things not legal elsewhere.

City Manager Harold Dominguez stated security changes at Twin Buttes would free up police officer time to focus on Lake Nasworthy.  This is another longstanding practice of the City, maintaining Lake Nasworthy parks to a higher standard than Twin Buttes.

I understand City Council leaders effectively volunteer their time, but I respectfully suggest they visit the park and learn the wishes of key stakeholders.  Having met with Carl White on behalf of windsurfers, I believe City leaders should meet with key stakeholder groups, regarding their plans.  San Angelo sailors need to speak up.  Carl White is a good man to call. 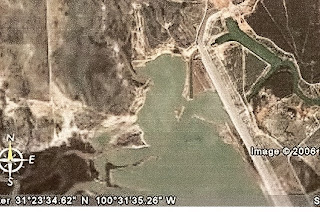 Future actions will show if the City intends to improve conditions at Twin Buttes or restrict access and shift police resources elsewhere.  Their plans rely on water levels maintaining or increasing.  Their barriers will not stop vehicles, should waters fall to levels seen earlier this decade.
Posted by PEU Report/State of the Division at 9:27 AM