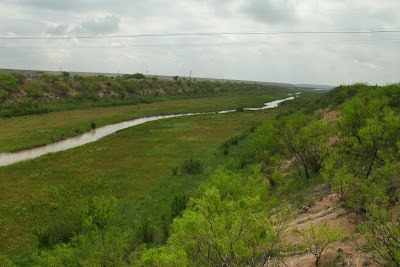 The drinking water allowance allocated to the city of San Angelo from the O.H. Ivie Reservoir was cut by 30 percent this month.

San Angelo will need to make up the difference by drawing more from local reservoirs.

The San Angelo City Council voted this week to take steps toward pumping water out of the South Pool of the Twin Buttes reservoir and putting it into use since water becomes trapped in the South Pool after it is drawn down past a certain elevation, thereby leaving about a month's worth of water out of reach.

The City plans to pump South Pool water in June, a time of high heat and evaporation.

"Since we'll be relying more on our local sources, to gravity feed down to the water plant, we'll have to start utilizing everything we can from Twin Buttes," said Will Wilde, the city's director of water utilities.

It will gravity feed the water, meaning dry soil and water wicking plants will have their chance to violate the city's assumption:

No water will be lost in the transfer process from the south to north pool..

The City can build a pipeline to Hickory, but can't get South Pool water to the treatment plant without loss?  Something strange is going on.

Councilman Paul Alexander says not to worry about the South Pool:

One medium rain, and that lake (South Pool) will fill up overnight. It takes about 90 days to drain that pool, so we are way behind in schedule. We should be pumping starting April 1st at the latest.

How did last night's rain impact Twin Buttes?  It looked like a medium rain across the Twin Buttes watershed on radar.  This morning's flow looked like: 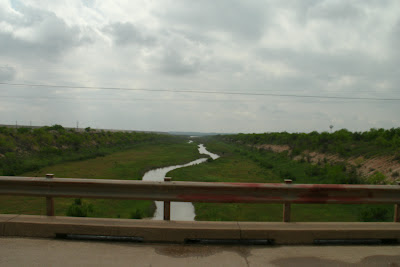 As for the city's projections on less evaporation, they assume water can be shifted from one pool to the other instantaneously.  They show the South Pool's 520 surface area acres added to the North Pool's 882, bringing the North Pool's surface area to 1093 acres, then show a year's worth of savings.

In reality, that process takes "about 90 days" and will occur during our high evaporation months.  As a result, evaporation savings will be much less than the projected 1622 acre feet.

With our Ivie drinking water down and O.C. Fisher barren, Twin Buttes is it.  .

Update 4-9-12:  Twin Buttes elevation is reported unchanged by the Bureau of Reclamation.  Hopefully, the runoff is upstream, working its way down.
Posted by PEU Report/State of the Division at 10:44 AM