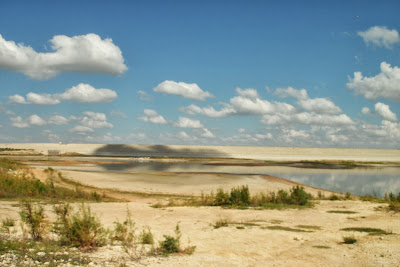 I visited the North Pool at Twin Buttes to document the lake's current level.  The picture above was shot from Fin Buster's Beach.  When I moved to San Angelo in 1994 this was under water.  It's rocky knoll claimed numerous windsurfing fins, including one of mine 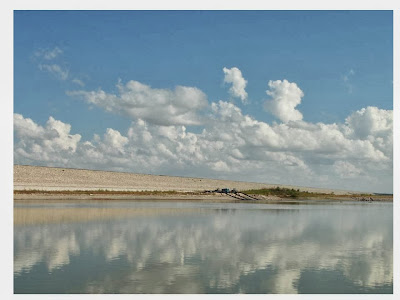 As I walked I noticed the usual broken glass and trash the City and Bureau of Reclamation seemingly care little about.  But what struck me more were the natural sights and sounds.  Fish jumped, some leaving whopper sized wakes, and the surface revealed a plethora of birds, ducks, herons, and egrets.  Shallow water made the North Pool a concentrated feeding ground for those in and out of the water.

I'd walked across the Middle Concho years ago, but had to walk upstream a ways to find land dry enough to do so.  Not yesterday. This view is from the top of the riverbank. 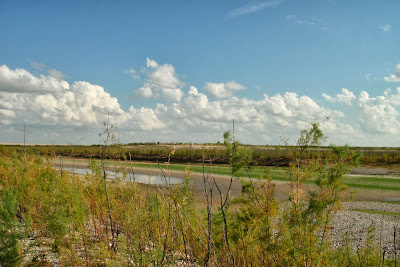 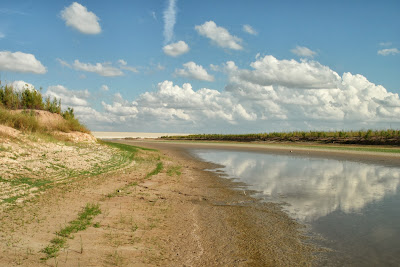 I have many images of Twin Buttes stored in my mind.  This is the lowest I've seen.  I'm praying for heavy runoff rains.

Update 1-16-14:  The City finally issued a press release stating it pumped all the water it could from Twin Buttes.  That's three months after this post.
Posted by PEU Report/State of the Division at 8:39 AM