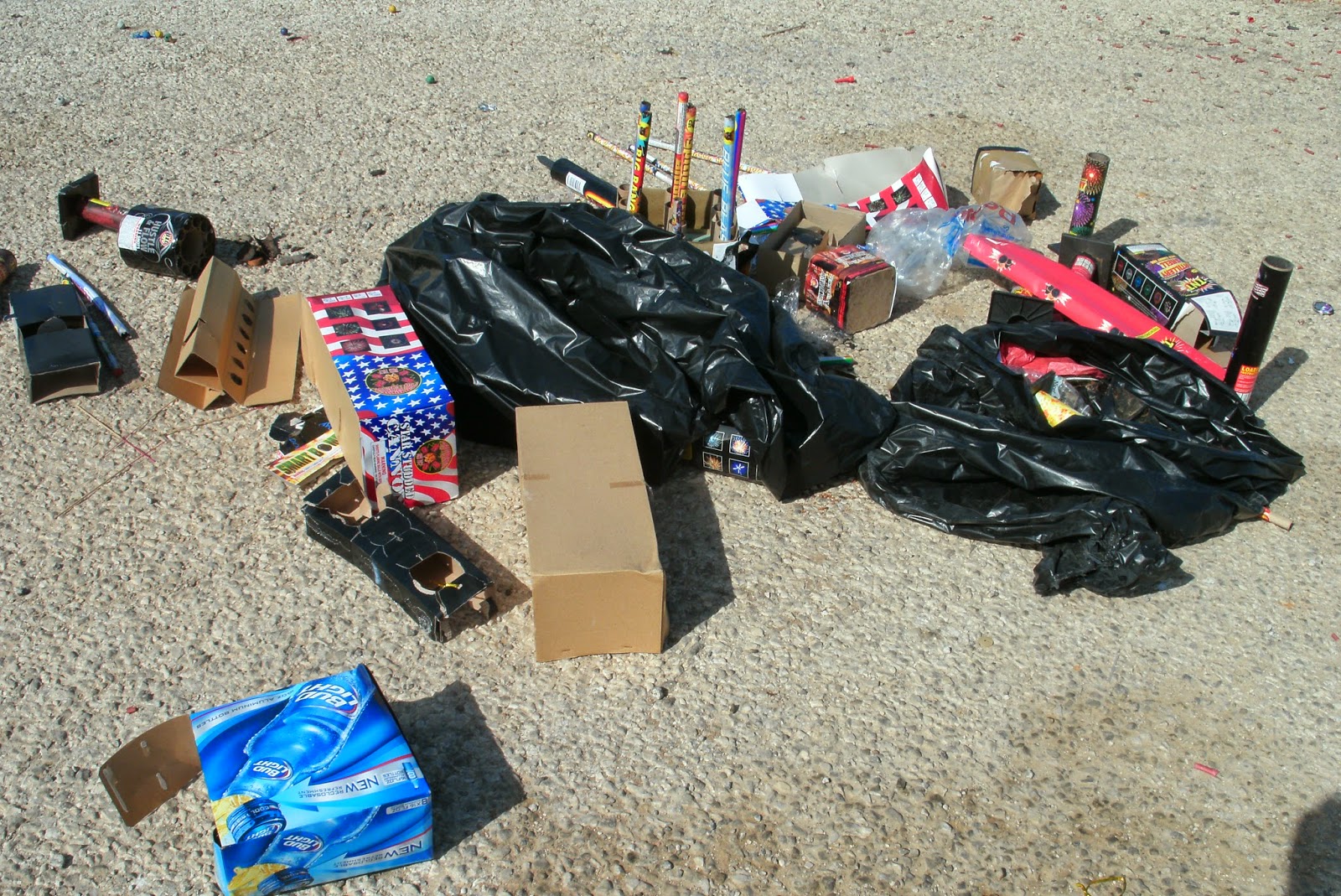 I toured the city maintained park at Twin Buttes Reservoir this morning and saw vistas of July 4th trash.  I drove through the Old Mariina parking lot, past its bare concrete foundation.  The volume of trash was staggering.  It looked like the two volunteers bagging fireworks refuse felt similarly.  It brought back memories of my picking up shoreline trash in the late 1990's and early 2000's. 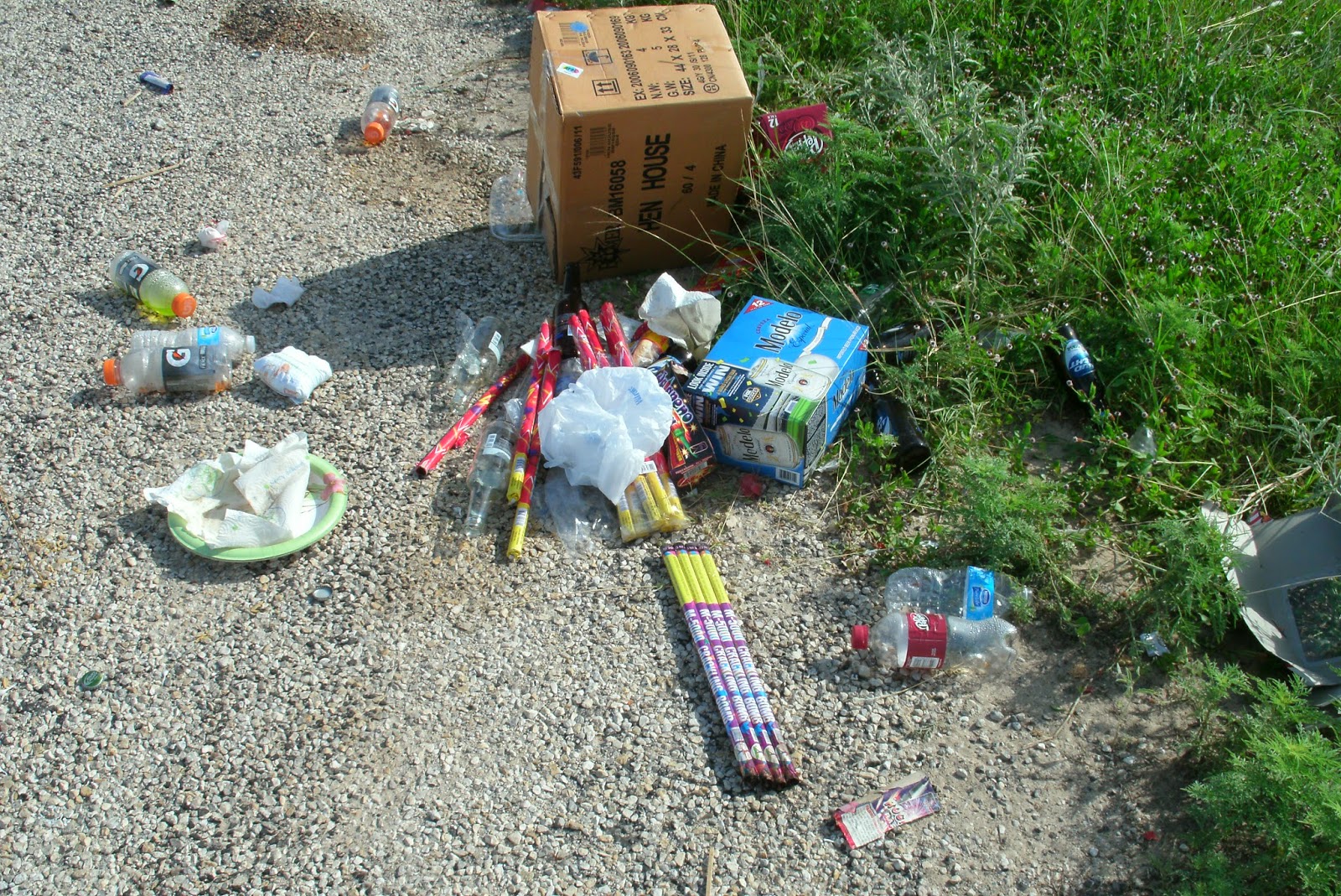 As I neared the covered picnic benches trash volume increased exponentially.  From the loop's beginning to the new boat ramp garbage was everywhere.  Campers remained in their spots, seeming surrounded by trash. 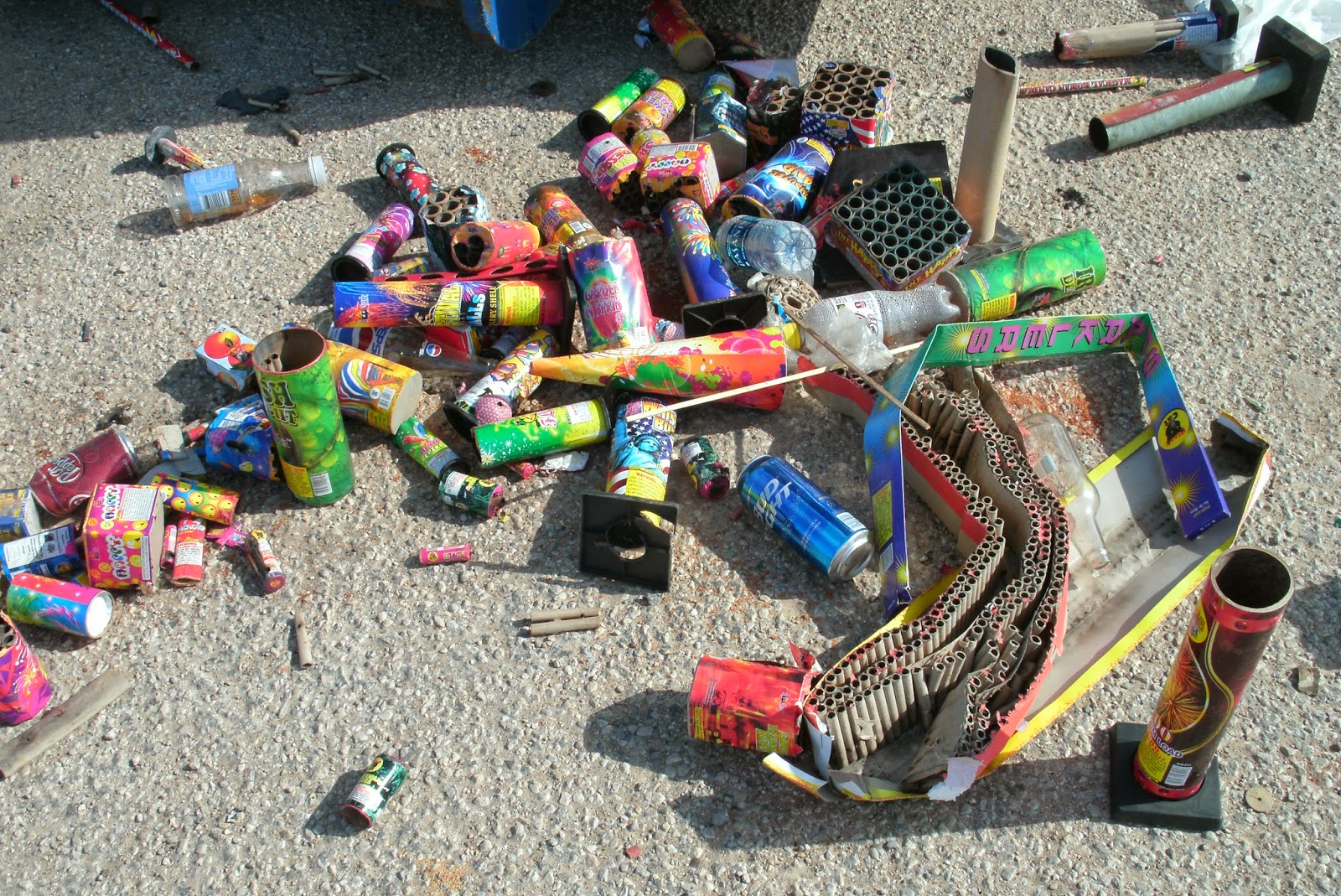 I don't know how many people stayed all weekend in an area with no electricity, no water and no bathrooms, but there were hundreds there Friday early evening.

The City received funds to install bathrooms with the new boat ramp grant.  It never did.  The City paid for a consultant to conduct a Master Recreation Plan for Twin Buttes but there has been no progress since public input was given in 2012.

I've seen the city do one thing since kicking off this study, install pipe railing to restrict citizen access. 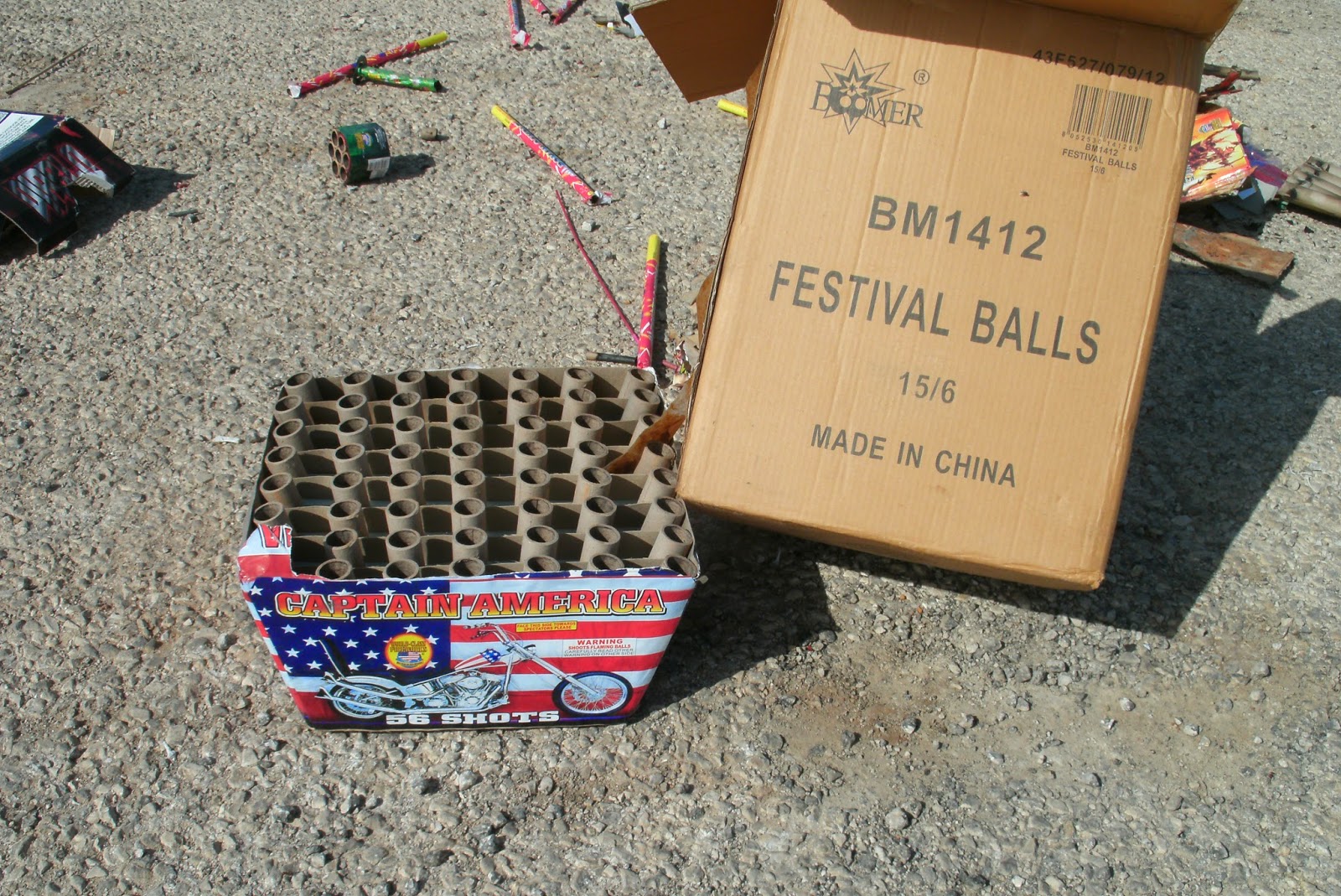 Otherwise, it's business as usual at Twin Buttes.  That's not change 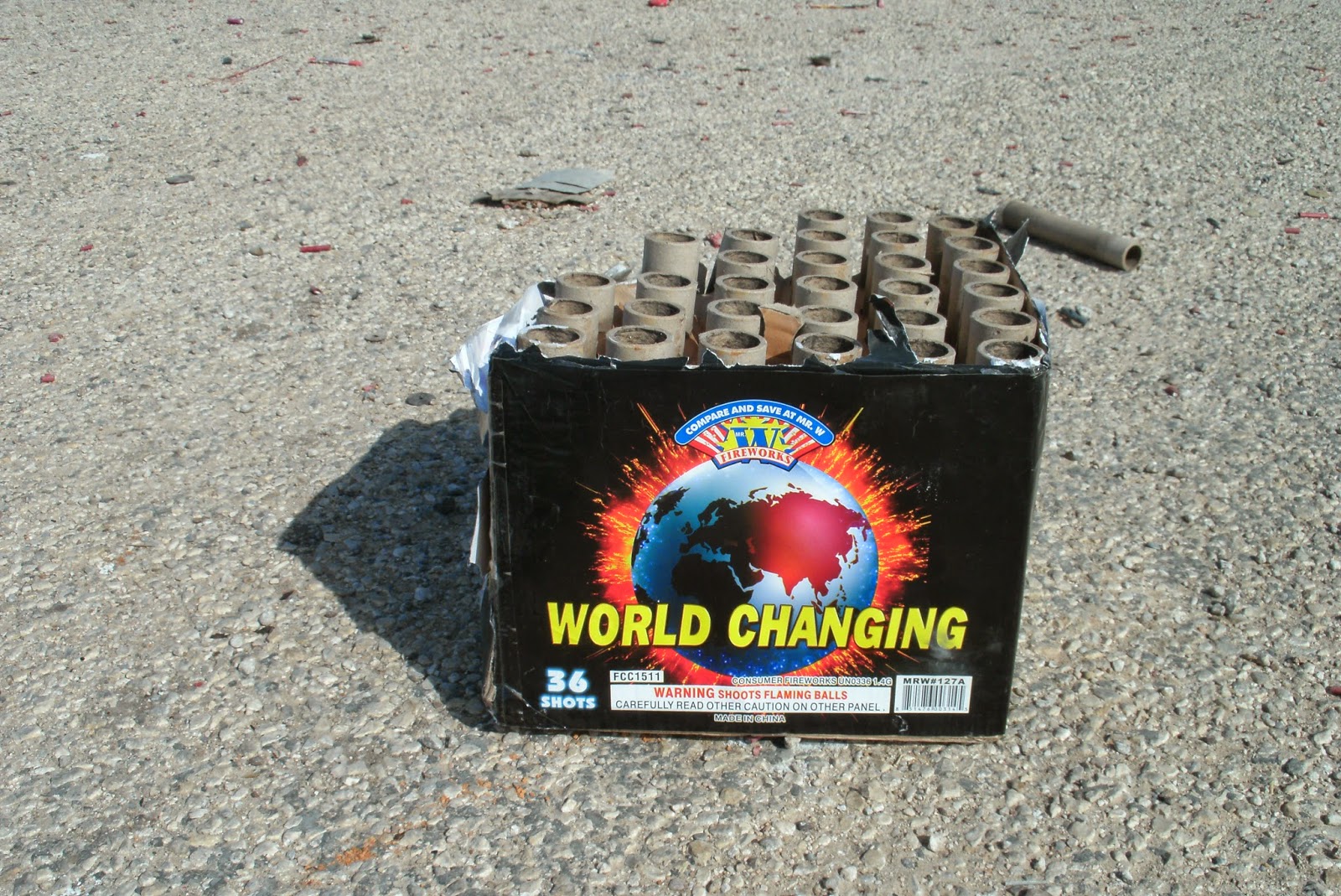 Update 7-7-14:  San Angelo Live ran a story on lakeside trash from July 4th.  One resident said the trash at Twin Buttes was the worst he'd ever seen.  Not what you'd expect under a newly adopted Master Plan.
Posted by PEU Report/State of the Division at 9:02 AM