Twin Buttes Has None of the Above 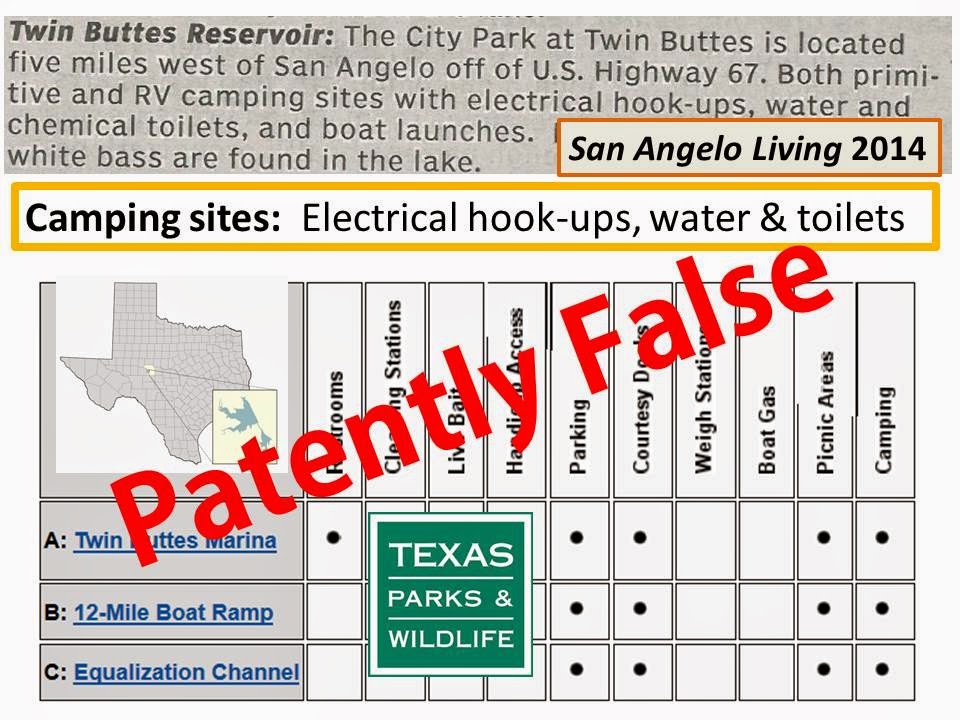 First, the City of San Angelo locked the toilets at Twin Buttes Reservoir.  Then they bulldozed them.  Despite getting a grant from the Texas Department of Parks and Recreation for new bathrooms and a boat ramp, the City only built the boat ramp.  This happened a decade or so ago.

City maintenance installed pipe rail around the former camping site, which once had electricity and water.  Later they razed the marina.

In the late 1990's I repeatedly asked the city to do better at the park on the North Shore of Twin Buttes Reservoir.  They decided in 2012 to embrace this theme and started work on a Master Recreation Plan for Twin Buttes.  In the midst of that process the city pipe railed much of the park, leaving only a few access points to the water.

Hundreds enjoyed July 4th fireworks over the weekend.  Many were campers.  Some spent three days at a park with no electricity, water or bathrooms.  They left quite a mess, which is symbolic of Twin Buttes the last twenty years.

It's not possible to shame the City of San Angelo regarding Twin Buttes.  Their inauthentic representation of the park's amenities has gone on far too long.  Deliver the shiny words foisted on the public or accurately represent the park's bleak and spartan condition.  Five words should do it:  It's the wild, wild west.
Posted by PEU Report/State of the Division at 5:00 PM