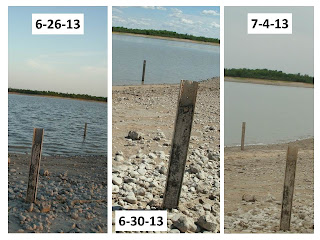 The City of San Angelo extended the intake pipes in order to draw more water from the South Pool.  City Council approved the pumping operation in February but the topic has not come up again.

General discussion was held on the amount of water withdrawn from and transferred to the pool; starting the process earlier in June versus August; providing for a minimum water level in the south pool so not to drain completely; depending on all the variables, being more cognizant of the variables in order to better utilize the resources; the equalization channel releases, increasing the length of the pipeline, the mobilization and demobilization, and the related costs.

Motion, to direct staff to recommend a tentative start date but a date no later than June 15th; upon starting the transfer, present an update to City Council after 60 days; transfer the water as was conducted last year; and, with the understanding pumping will begin once the pools natural water flow ceases, was made by Councilmember Silvas and seconded by Councilmember Morrison.


Pumping started in mid April.  Sixty days would've been mid June.  It's closing in on 80 days and I've yet to see an update at City Council.

The Bureau of Reclamation provided the following information on Twin Buttes lake levels as of May 31:


This data is over a month old.  At that point the South Pool was down six feet from the level where water flows into the Equalization Channel.  It's easily down several additional feet from June's pumping.  Now would be the time for discussions on maintaining a minimum water level.  How much will be left when council meets again, barring any runoff?

The City's Twin Buttes Recreation Plan identified the area pictured below for a windsurfing launch.  I communicated with Texas Outdoors Consulting on how this would be a poor windsurfing launch, but nothing was changed before the city adopted the plan. 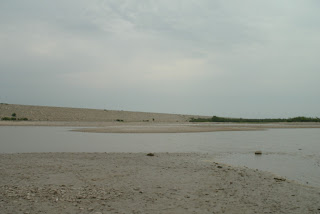 Pumping the South Pool dry makes any launch location moot.
Posted by PEU Report/State of the Division at 2:38 PM