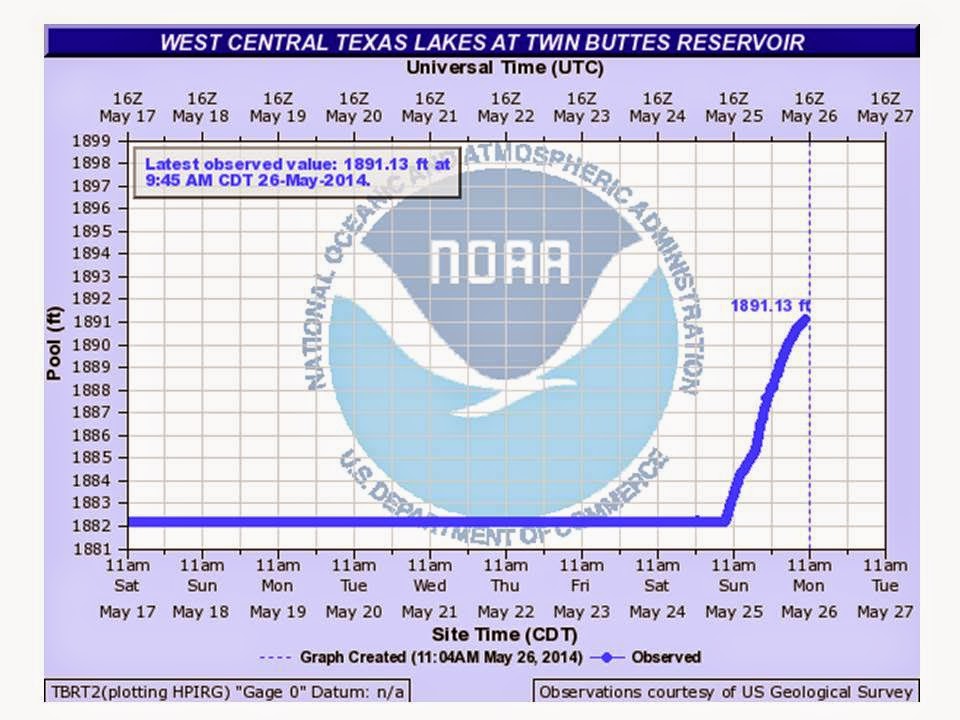 Enough water flowed into Twin Buttes North Pool to endanger the three pumps transferring water to Lake Nasworthy.  City officials said they were trying to remove the pumps yesterday afternoon.  It's not clear if they got them out in time.  The City has not issued a press release and there have no been no followup reports from local media, but I'm assuming they were successful.

Pumps at the South Pool are safe thanks to the Equalization Channel, which flowed at greater volume due to runoff rains. 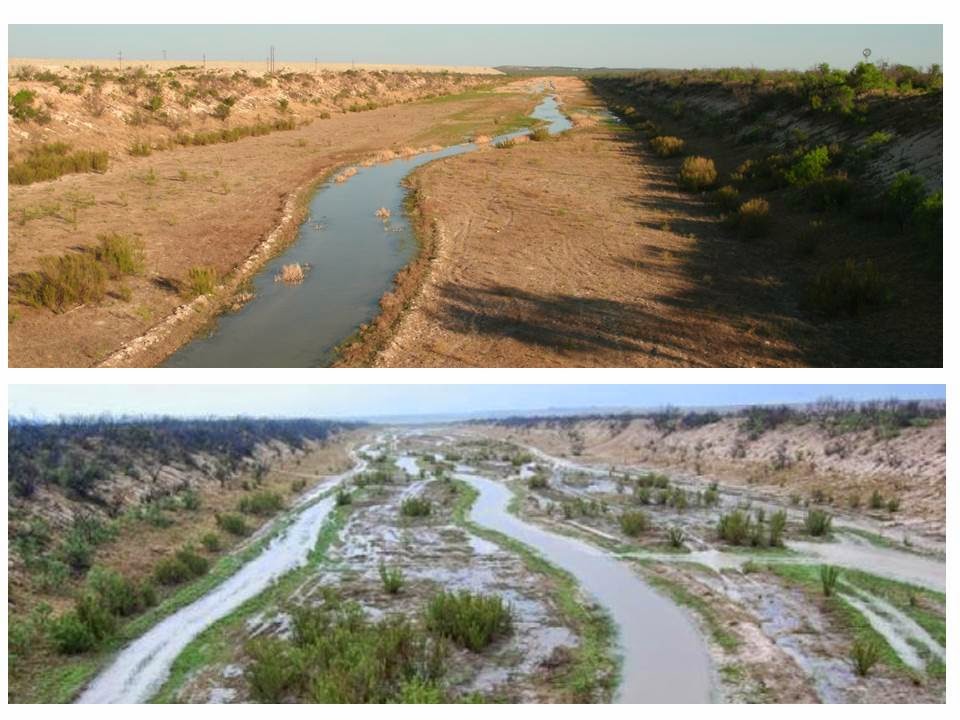 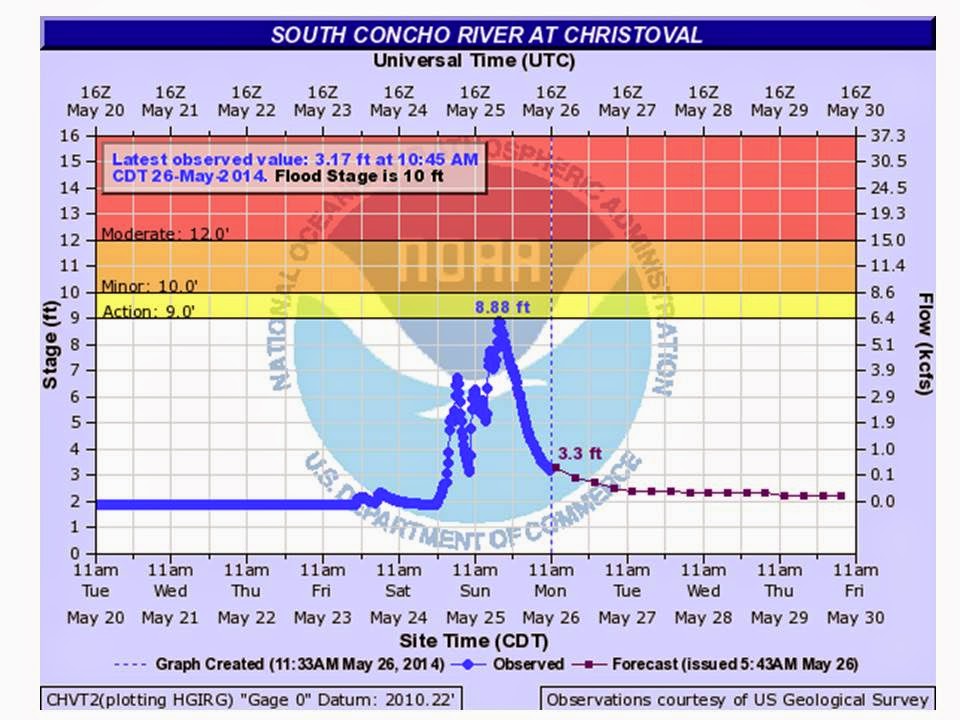 I'll venture the South Pool is up over eight feet and contributing to the North Pool's gains, which also come courtesy of the Middle Concho River. 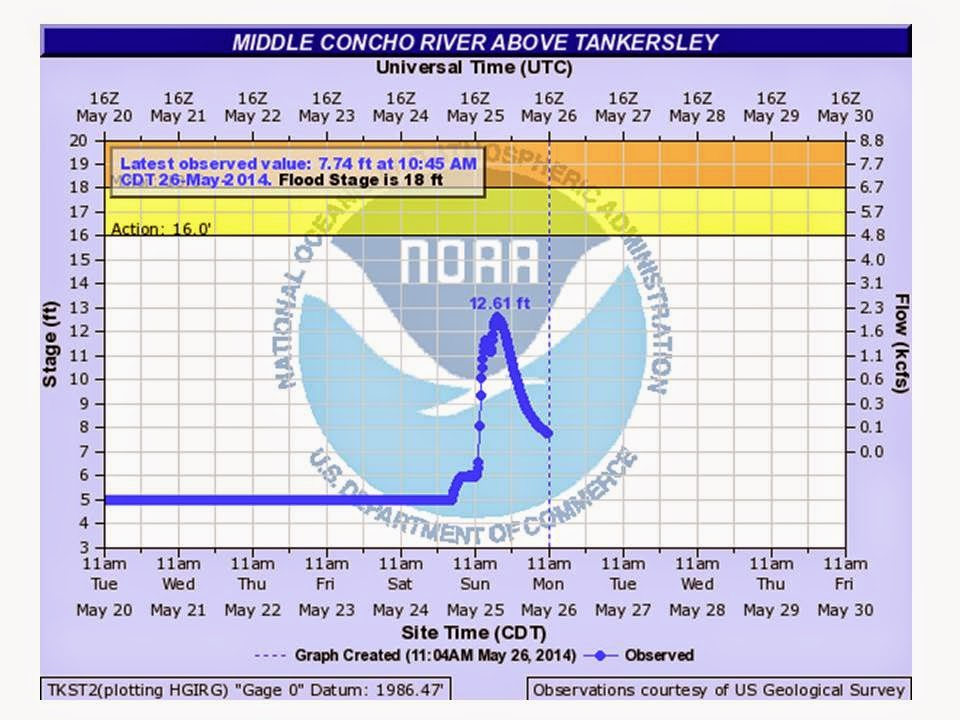 The final total remains to be seen, but count me as highly thankful.
Posted by PEU Report/State of the Division at 9:38 AM