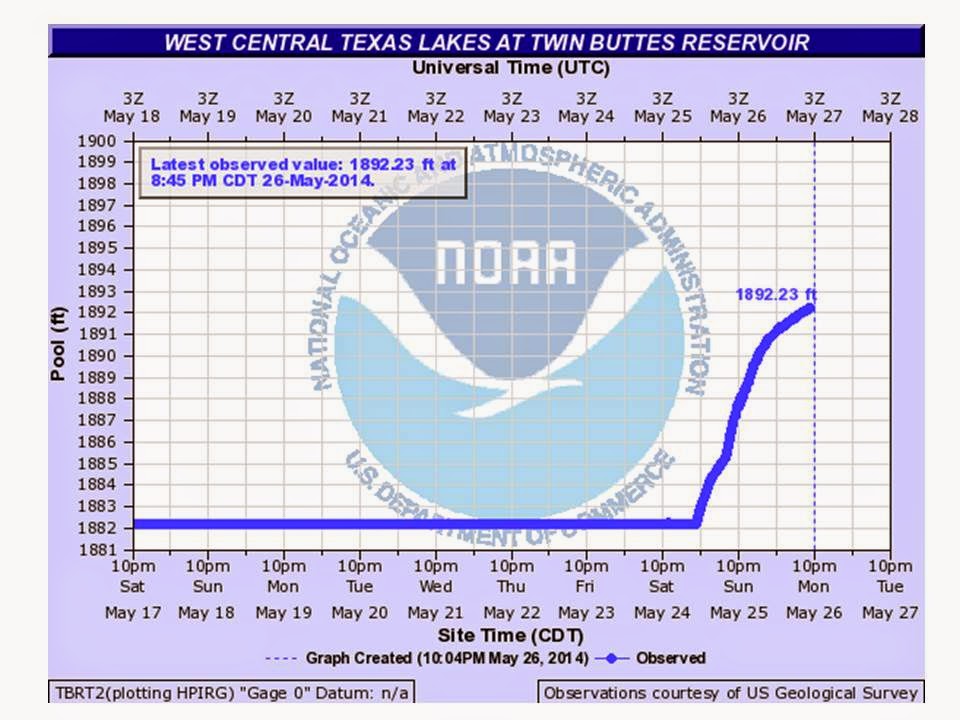 Chuck Brown, director of Operations for the Upper Colorado River Authority, said runoff amounts still are not final yet, but he estimated Twin Buttes Reservoir would catch 15,000 acre-feet, about 4.89 billion gallons. An acre-foot is 325,851 gallons.

“15,000 acre feet for Twin Buttes is a good, realistic number we could hope for,” Brown said Monday.


The North Pool is up ten feet and the South Pool is no longer a dead pool.  Tropical Storm Norman doubled the volume in Twin Buttes North Pool from roughly 5,000 to 10,000 acre feet in September 2012.  It drove away Gajeske's three pumps from the South Pool.

Memorial Day weekend rains already caused the relocation of three Gajeske pumps at the North Pool.   It remains to be seen what the City does with the remaining South Pool pumps.

How much higher will Twin Buttes get over the next few days?  I'll let you know. 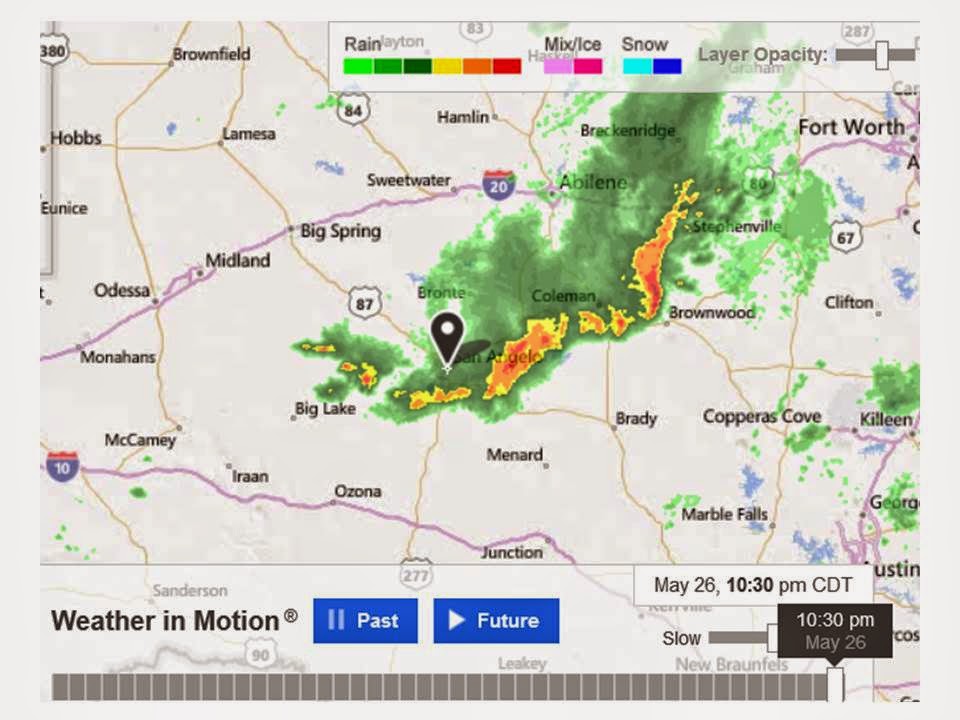 The blessing continues.
Posted by PEU Report/State of the Division at 8:33 PM